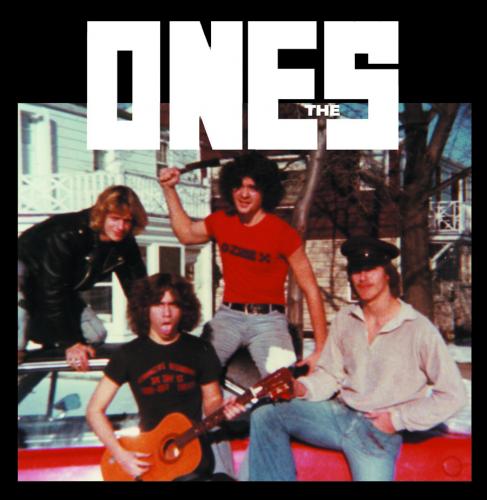 OZONE was started in 1975 by a couple of high school kids from the Northwest side of Milwaukee, WI. They were the hardest rockin' teenage band in town, playing full sets of original material in the vein of their musical heroes the STOOGES, KISS and AC/DC to packed high school parties and teen dances. When they heard the RAMONES debut in 1976, OZONE settled into a solid Punk ROCK sound. With no chance for a band like them to get signed, especially in Milwaukee, there were no pretentions. Just informed meat n' potatoes rock n' roll, sans any boogie or bar-band licks. After a finding the perfect line up and a couple more years of extensive rehearsal, gigs and song writing, dedication paid off and they smashed the competition at a big-time battle of area bands in late 1979. Part of the grand prize package was studio time and the release of a 45rpm single. Still called OZONE up until that point, a name change was necessary when they learned of an established group using the same moniker. The "Short Dress" b/w "Tightrope" 45 was released in 1980 on Blue Ribbon Records under their new name, THE ONES. Both sides are blazing Punk n' Roll but with little to no distribution or promotion, hardly anybody noticed it at the time. Being issued without a picture sleeve didn't help matters. Copies seemed to disappear from sight along with the band, making it one of the rarest and most sought after 45s from any Wisconsin band ever. Copies have changed hands for upwards of $800 online. "Tightrope" was later bootlegged on the "Staring Down the Barrel" comp LP, making demand even greater. THE ONES folded shortly after the record was issued when band leader and driving force CLANCY CARROLL decided to change musical directions.

Originally intended to be two separate releases, Rerun decided to package them together as THE ONES set to make sure all you vinyl-only folks got to hear the great unreleased material on the CD. The set includes the CD (in a standard jewel case), limited 7" and two 1" pin-back buttons with THE ONES and OZONE logos. The set comes packaged as one unit in a 7" sized, flapped poly bag.