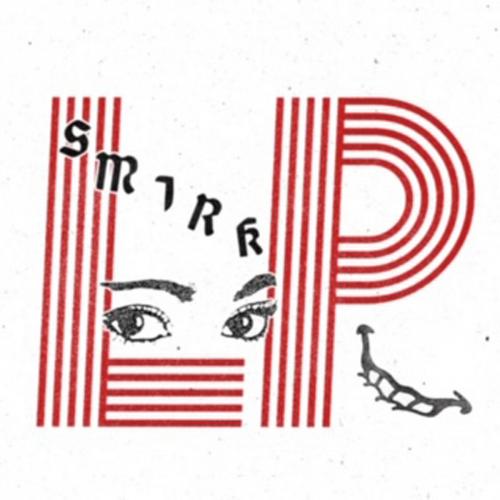 A year characterised by a pandemic, lockdowns, political ineptitude and oh, so much staying the fuck at home is enough to make anyone want to blow off a little steam. One overused piece of glib idiocy at the start of the Trump era was "at least punk will be good", as though punk can only be good when it flips the bird to right-wing, authritarian shit-headery rather than amplifying anything else. Sure, there’ve been plenty of great records over the last four years, but sometimes (across the whole of 2020, for instance) the levels of anger, fear and frustration can be overwhelming and you need a little space to goof around.

For some of us, though, goofing around is serious business - and here’s a record to illustrate that perfectly. SMIRK is the solo project of PUBLIC EYE’s Nick Vicario, and while you’ll hear similarities to his main outfit across these 12 excellent tracks (from the off, you can imagine how PE might refine garage-carved nuggets like "S Construction"), here there’s less sang-froid and more… well, fun. The reference points you might expect are still there (Killed By Death comps and WIRE, especially their 80s period, to name a couple), but with added scuzz and something even approaching joy - the whirling synths of "Eyes Conversing" feel ominous, but they also convey a sense of delirious excitement. And dammit, it’s all fucking cool too.

With a name like SMIRK, your first instinct might well be to wonder whether Vicario is laughing at us. The first line of the album (a defiant "it’s not funny") should tell you that this isn’t the case, but the album certainly finds him in playful mood. The tasteful acoustic instrumental "Lude 2" descends deliberately into farce as it speeds up and slows down like a turntable alternating speeds, or a record warping in real time. Obviously you’re gonna play this on vinyl, dear reader, but we all know that those other listeners - not us, the other guys - are gonna chiefly listen on phones or through laptop speakers.

It’s a 37-second sketch, but it prompts questions of what it means for technology to fail nowadays - can a record warp when it’s all bound up in digital files? Where does the disconnect lie between the player and the record; when the objects exist only virtually? Am I overthinking this? Oh, almost certainly, but it’s a record that’ll kick that noggin of yours into overdrive. Get involved, get addicted and laugh along.