Wir machen Urlaub! Unser Shop ist geschlossen vom 11. bis 27. August!
We are on vacation! Our shop is closed from August 11th to 27th! 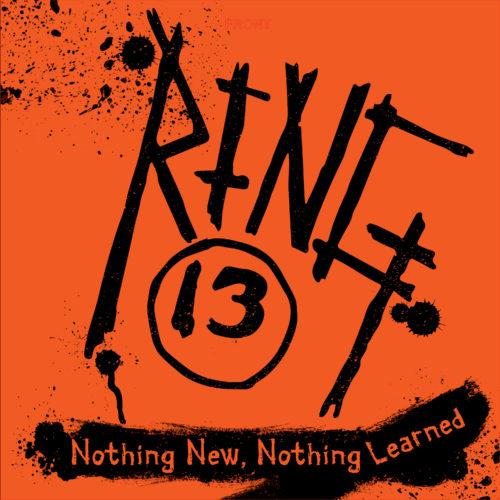 BEER CITY brings you another classic early 80s hardcore/punk reissue! This time its from RING 13 who hailed from Dekalb, IL and were a first wave hardcore/punk band from 83-85. What you get on this release is the original "Nothing New Nothing Learned" full length cassette (for the first time ever on vinyl) fully restored and remastered. Of coarse there is brand new liner notes from the band as well as lyrics and photos.

The fun does not stop there. In 2007 RING 13 was asked to play a fest in their home town. So they got back together and played the fest and kept things going. Then in 2013 they headed back in the studio and recorded 5 new songs for a release called "Rub the Lamp" that has not seen the light of day till now. This time the band took a way more left of the dial approach and turned out 5 really good catchy tuneful songs that would defiantly have made a huge impact on the left of the dial scene of the 80s. A special insert with lyrics, liners and photos is included for these songs as well.

In short 19 songs that will knock your socks off and a definite part of first wave early 80s hardcore/punk history!