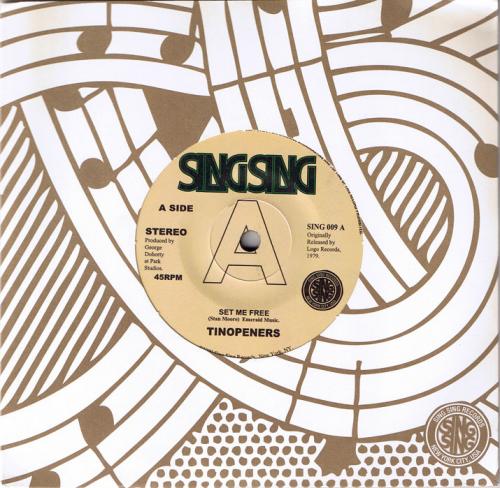 Tinopeners were an Irish punk band formed in May of '77 to perform at their high school’s battle of the bands. Soon after, they began playing out, recorded a few rough demos at a local music store and sent them to George Doherty of Rip Off Records. The demos were well received and Rip Off put them in George Temple Patrick Studios to record a single which would be produced by Clive Culbertson. Afterwards, Culbertson brought the tape to London and LOGO Records offered to distribute the single. The singles’ two tracks sit more on the pop side of punk and contain some super catchy lyrics. Thus, the single was fairly successful; selling upwards to 3000 copies, but by 1981, the skinhead scene was growing in Northern Ireland, creating a social tension that would ultimately lead to the band’s end. A second single was recorded but never released.

**The original release was issued without artwork. The reissue comes housed in a Sing Sing Records company sleeve.