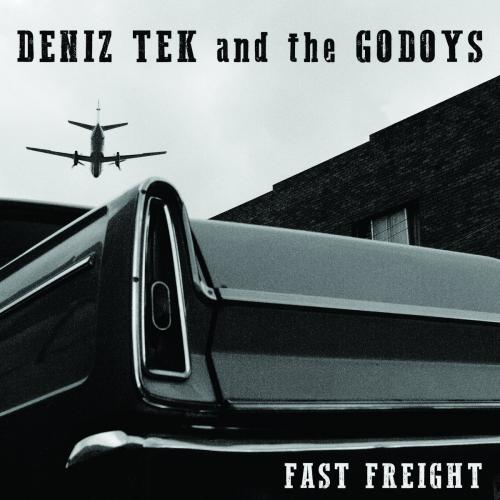 Album from DENIZ TEK with Art and Steve Godoy. Art and Steve are internationally known skateboard stars, tattooists and punk rockers. They have been in Deniz' solo band for more than 20 years. The first album they appeared on with Deniz was "Glass Eye World", billed as DENIZ TEK & THE GOLDEN BREED.

Deniz, originally from Ann Arbor, Michigan, is known as a founding member of the Australian based band RADIO BIRDMAN. He has maintained a prolific career in both live performance and recording. His work spans multiple decades. He has toured extensively in Australia, North America, Europe, and Asia.
He is an inductee in the Australian Music Hall of Fame and was voted number 7 of the top 100 Australian guitarists of all time by Australian Guitar Magazine.

"Fast Freight" is basic, no-frills electric guitar rock and roll with a punk edge, recorded and mixed entirely on vintage analog equipment. Following the recent all-instrumental "Lost For Words", and the rock album "Mean Old Twister", replete with keyboard and horn arrangements, "Fast Freight" is a return to basic roots.

Production notes:
Recorded direct to half inch 8 track tape over two days. Backing tracks were performed live in the studio, with three mics on the kit. Mixed direct to 1/4 inch stereo tape via Soundcraft Ghost console and all analogue outboard gear. No digital editing or plugins were used in making this album.