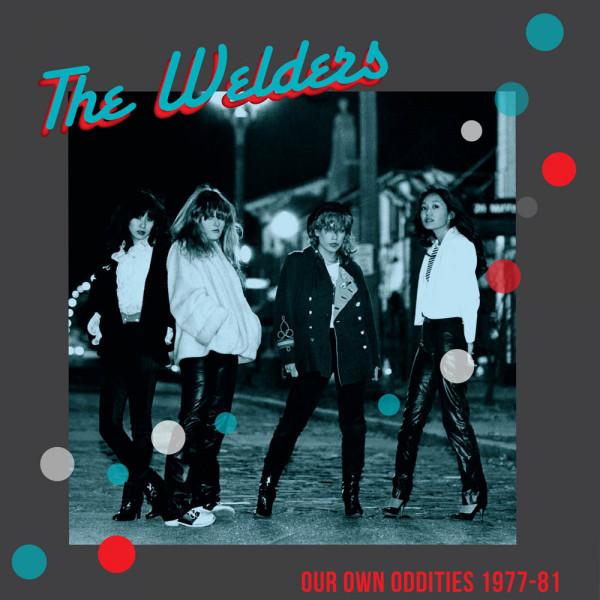 THE WELDERS were an all-female Punk Pop band from St. Louis, MO. Formed by four young, teenage women in 1975; they started playing shows in 1976, in one of the toughest climates to get booked for bands playing original material. THE WELDERS bonded over their love of THE MONKEES, THE BEATLES and early glam rock. The comedy of the National Lampoon Radio Hour and the Marx Brothers were just as big of an influence.

THE WELDERS played several shows in the St. Louis metro area and eventually caught the attention of a local photographer and newspaper owner. He financed a recording session in 1979, with plans to release a four song EP. The newspaper folded before the release could happen, and all that survived was a cassette copy of the recordings.

THE WELDERS continued for a couple more years after recording the EP. They had brief line up changes, and added an organ which shifted their sound more towards a '60s garage pop sound. They were ahead of their time again, pre-dating most of the neo-garage explosion of the '80s. By 1981, the band had moved on to other interests. In 2010 BDR Records (a sub-label of Rerun, designated for St. Louis area artists) issued that previously unreleased EP. The EP was well received worldwide and has been sold out for several years.

This new collection includes a newly remastered and improved version of the 1979 EP tracks, along with other studio, rehearsal and live recordings. The LP includes a large, six panel insert filled with amazing photos of the band.